The generation of cell lines overexpressing particular proteins on which drug discovery programs are often based, is necessary for assay development in screening campaigns using initial target-based identification of hit compounds. Recombinant stable cell lines are also used for toxicity studies and general in vitro testing.

Methods to be used and the cell background for the generation of a cell line could depend on several factors: i) the complexity of protein (e.g. dimensions, carrying antibiotic resistance, presence of tags etc.) ii) the intracellular machinery that protein uses to express its role and iii) the desired readout able to reveal the most typical pheno- genotypes or the pathogenicity of the protein itself.

The method chosen for gene-construct delivery to cells depends on the susceptibility of cells to transfection, and the associated costs for the client. For easy-to-transfect cells such as HEK or CHO we usually suggest the low-cost chemical transfection. In other cases of hard-to-transfect cells we apply more sophisticated technologies such as Nucleofection and transduction methods or lentiviral delivery. Different methods for cloning and validating cell lines are available.

In the schema below is shown a compendium of technologies and methods used for the production, selection and protein expression analysis of stable recombinant cell lines at Selvita. An example of stable cell line development is shown further. 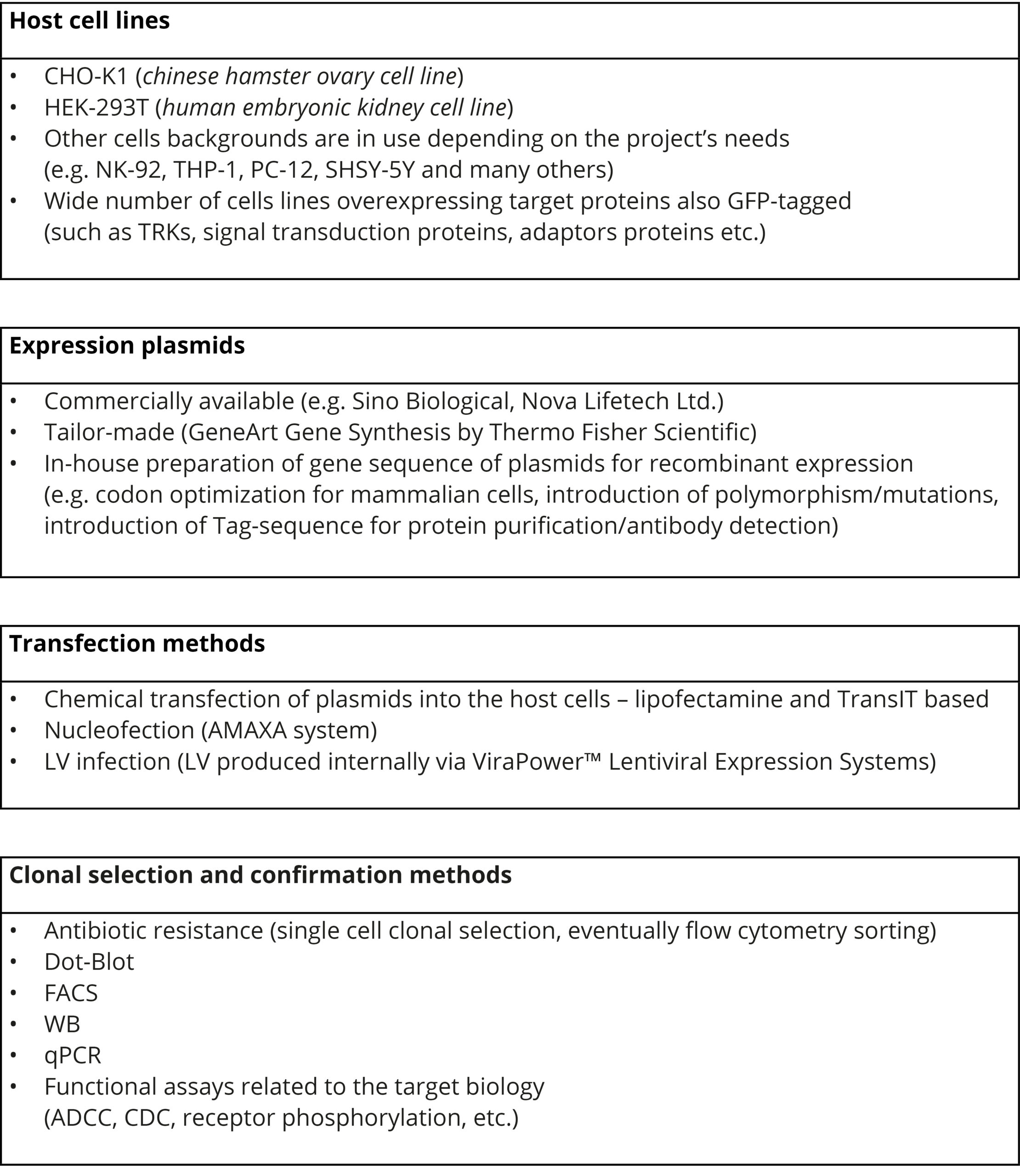 Ready to partner with us?